Reminder: Norway Savings Bank will never call you asking for your personal information. If someone calls you claiming to be with the bank or and affiliated entity (such as our “fraud department”) asking for your private information, do not provide it. This is a scam. Thank you for diligence in protecting your accounts. 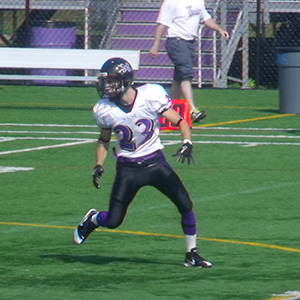 Growing up in northern Maine, at a school too small to have its own football team, Joe Leland never imagined himself playing semi-pro football. He also never imagined being a banker — but then he did both.

“I went to school for athletic training because I wanted to stay involved with sports, I never thought I would end up with a career in business — or in football for that matter. But a few years later, a friend mentioned that I might be a good fit for a job at Norway. I went in for an interview and eventually worked my way through the ranks from float teller to branch manager.”

At the same time, he was making a name for himself in football.

“I was offered a scholarship to Maine Maritime Academy and planned to play football, but a last minute change of heart led me to the University of Southern Maine. I assumed that would be the end of my football career. Then I heard about a combine for a semi-pro team so I tried out and ended up playing for a number of years for the Maine Sabers.” 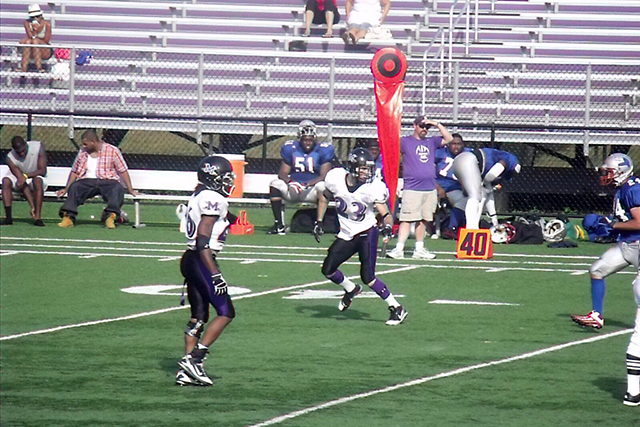 Working full time and playing semi-pro football eventually began to take a toll on his body, so now Joe plays in the Casco Bay Sports flag football league — with his wife! But he says he will never forget the memories he made on the team, and credits Norway Savings for giving him the support he needed to chase his dream and build his career at the same time.

“I was working at Norway while playing football and everyone was so great about it,” Joe said. “My first week on the job I was talking to Pat, the bank president, about football. Everyone is so friendly and personable. That’s the thing about Norway’s culture — they support you living your life in color, following your dreams, and pursuing your passion.”