Built in 1883 and expanded in 1940, the Fox School operated until 2008 as a public school and until 2015 as a private charter school. Avesta purchased the building in 2017 and began construction earlier this year after securing a range of investments – including $20,000 from Norway Savings Bank.

“Without the additional funding from private entities like Norway Savings, this project wouldn’t have gotten off the ground,” said Dana Totman, President and CEO of Avesta Housing. “Projects like these benefit everyone – the residents get affordable housing, the town gets new tax income and the entire community is improved when a formerly idle building comes back to life.”

“This project is close to our hearts,” said Patricia Weigel, President and CEO of Norway Savings Bank. “It’s right in our backyard. Members of our staff and customer base remember fondly their days at the Fox School as students and teachers.  When you can help turn a vacant building into something the community desperately needs – affordable senior housing – it’s a win-win.”

Avesta plans on starting to take applications for the apartments later this year with occupancy slated for early 2019. 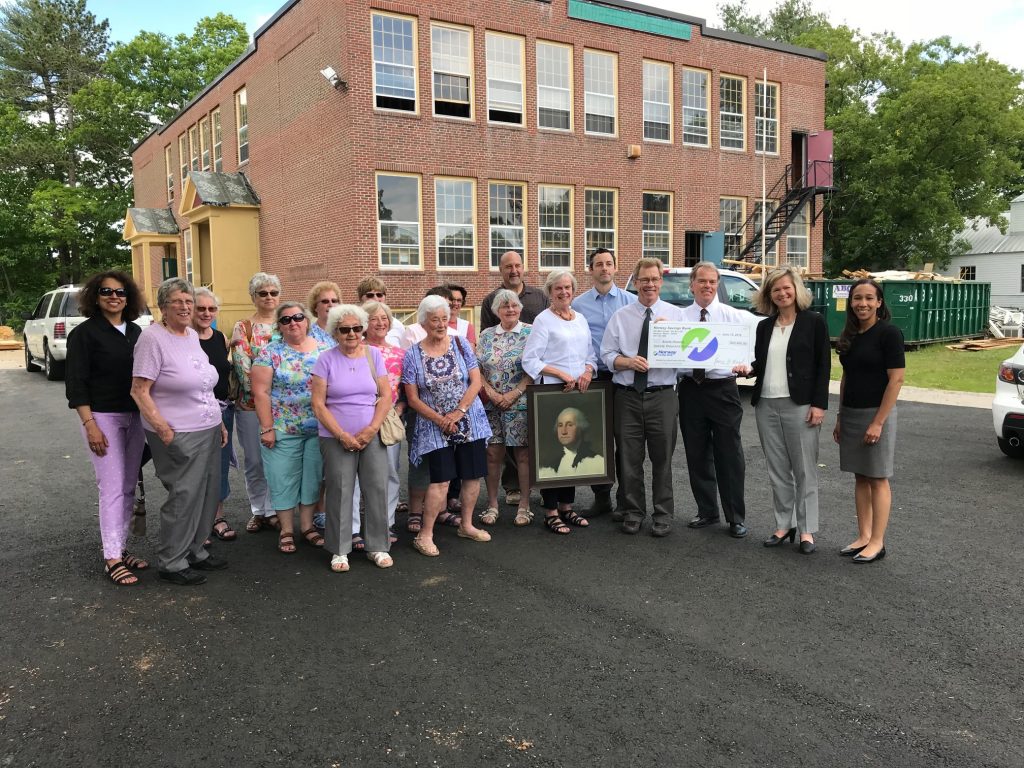