We are accepting PPP Loan Applications! Visit the PPP Loans Page to get started. The Covid-19 Resource Page also has details on PPP Loan Forgiveness and Branch Hours. 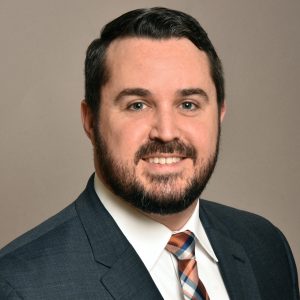 NORWAY, Maine – Norway Savings Bank is pleased to announce that Nathan Franck has recently accepted the position of Vice President, Commercial Credit Manager.  In his new role, Franck will oversee the day-to-day operations of the Commercial Credit Department, and lead the Bank’s team of Credit Analysts and Commercial Loan Assistants.

Franck has nine years of banking experience in the greater Portland market, most recently as a Commercial Credit Officer. In that role, he provided credit support and risk management oversight to commercial teams throughout New England.

Franck earned his MBA in Finance from Southern New Hampshire University, and his BA in Business Administration from the University of Southern Maine.

Franck is a Maine native, born and raised in Millinocket. He currently resides in Gray, with his wife and two Jack Russell Terriers. They are anxiously awaiting the arrival of their first child in March.

He will be working primarily from 1200 Congress Street in Portland.

and Best Companies Group as well as one of the Best Places to Work in Maine. In 2013, Norway Savings Bank received the Governor’s Award for Business Excellence and has been recognized as one of the healthiest companies in America by the Wellness Council of America (WELCOA) as a two-time Gold-Level Well Workplace award recipient. BauerFinancial has designated 5-Star Norway Savings Bank the “Best of Bauer” for earning and maintaining its highest 5-star rating for 25 continuous years or longer. For more information, visit www.norwaysavings.bank.