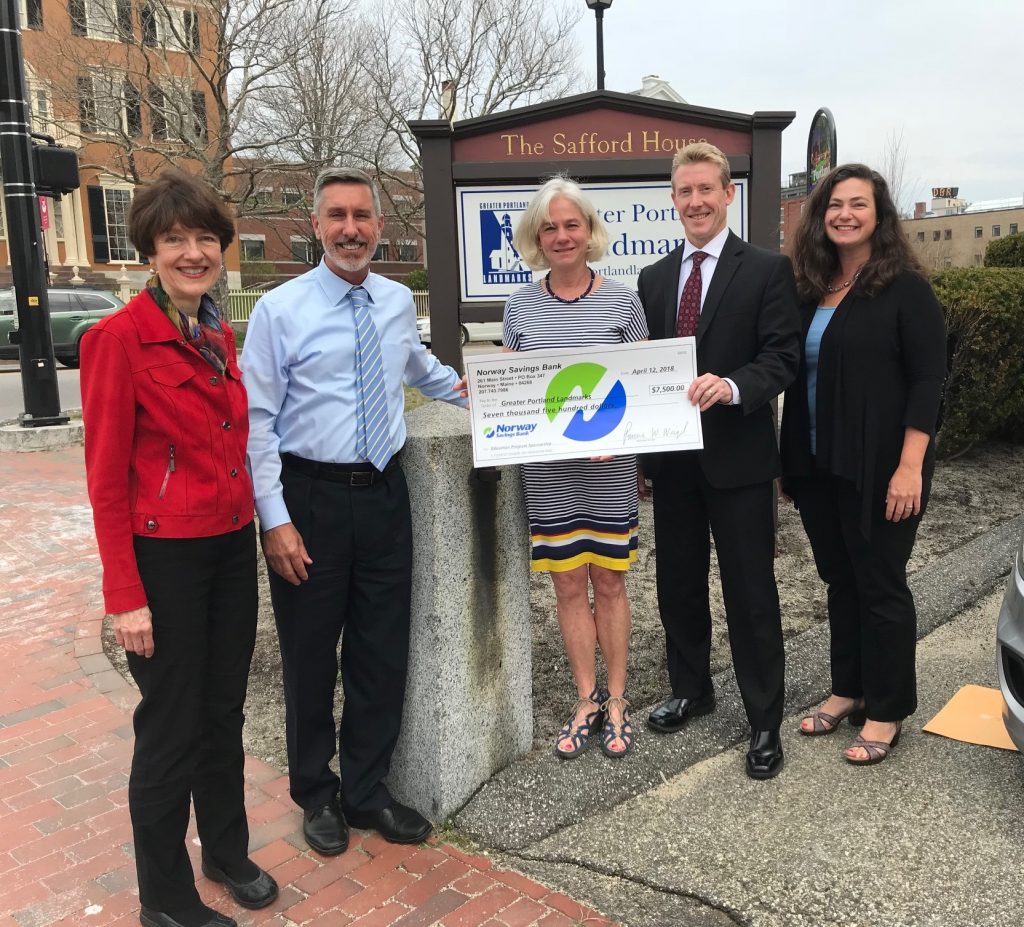 NORWAY, Maine – Norway Savings Bank recently made a $7,500 sponsorship to Greater Portland Landmarks to support its overall mission and, more specifically, its educational programs and goals.

Greater Portland Landmarks is dedicated to preserving and revitalizing greater Portland’s legacy of historic buildings, neighborhoods, landscapes and parks. In addition, Landmarks hosts lectures, walking tours and other educational opportunities which expose Portland residents and visitors to the historical significance of this great city.

This summer, four interns will be conducting historic building surveys in select neighborhoods which are targeted by the City for intensive planning efforts. These surveys and their results will be shared with neighborhood residents and the City during Norway Savings Bank-sponsored educational sessions.

“We’re proud to work with Greater Portland Landmarks to support the historical preservation of Portland,” said Pat Weigel, President and CEO of Norway Savings Bank. “Economic progress – particularly in a place like Portland – relies heavily on its history. Preserving buildings rich in tradition, architectural significance and character enhances the economic and cultural well-being of Portland’s businesses and citizens.”