NORWAY, Maine – Norway Savings Bank held its Annual Employee Awards Banquet on February 6, 2018 to celebrate numerous employee achievements for 2017. The banquet theme was “Super Heroes” and attendees dressed in costume and were treated to an evening of food, music, games and prizes.

Employee of the Year
Janel Danforth, Assistant Vice President of Retail Operations was named 2017 Employee of the Year. Danforth was recommended for her commitment to high achievement and support as well as having significant positive impact across the bank. Last year, she led and assisted with several bank-wide initiatives, while making sure the 24 branches were supported every day. Steve Whitney, Executive Vice President for Risk Management, IT and Deposit Operations, presented her with the award.

“Over the years, she has built strong relationships with the branch and support area employees,” stated Whitney.  “She is highly regarded among her peers and known for her thoughtful approach to solving problems.”

“Steve is special in so many ways,” stated Pat Weigel, President & CEO.  “He is humble, genuine, caring and collaborative. He asks thoughtful questions in a respectful manner and is one of the best listeners I know.”

Whitney is a leader and mentor to other bank employees and has participated in almost every bank-wide technology-focused initiative since coming to the Bank in 2006. Interestingly, Whitney’s tenure at Norway Savings is his second career, having spent 33 years at the Federal Reserve Bank of Boston.

“Tina has developed great working relationships with numerous departments and people throughout the bank,” stated Shibles,  “One employee is quoted as saying, ‘I can always hear her smile in the many phone calls I’ve made to her’ and ‘her customer service skills are awesome’.”

“She truly understands her role as a Universal Banker and demonstrates it on a daily basis,” said Walsh. “Miranda delivers consistent exceptional customer service and always with a smile!”

Culture Awards
The following employees were recipients of awards for exhibiting elements of the bank’s culture through their daily responsibilities and high quality of work throughout 2017: 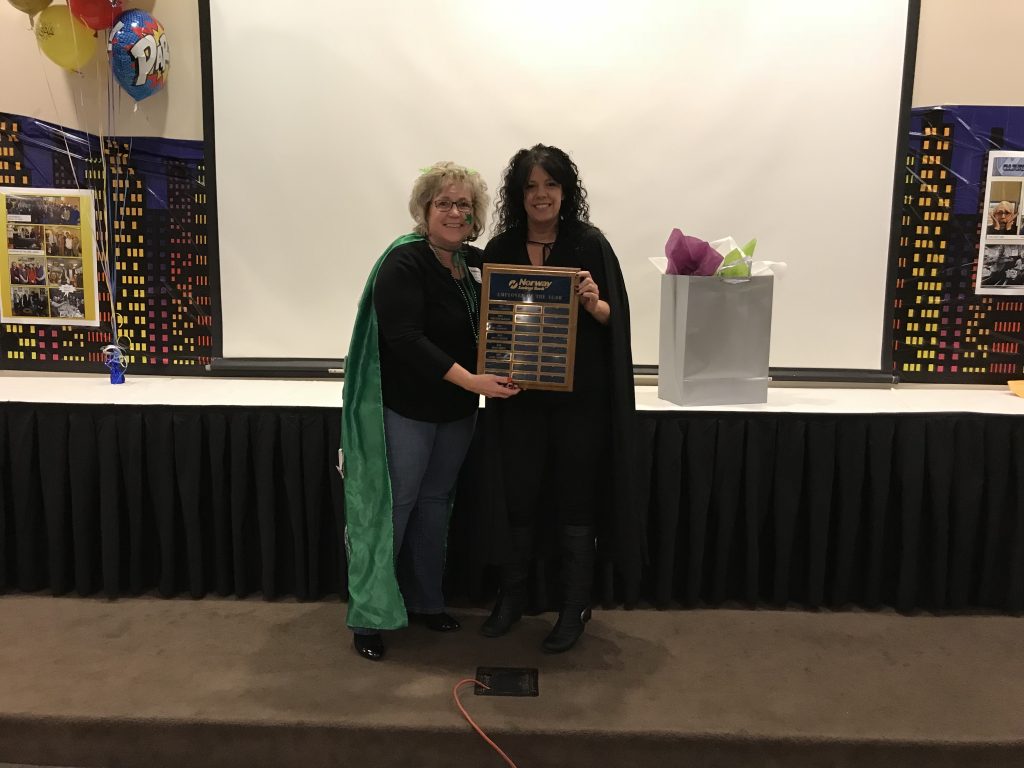