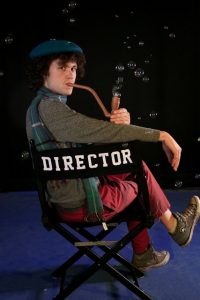 Here at Norway Savings Bank, we love seeing community members living their lives in color and fulfilling their dreams, which is why we are thrilled to share Jack Gentempo’s story. 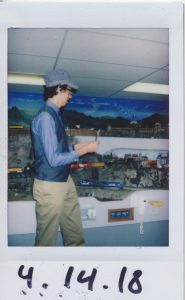 Jack knew he wanted to be a filmmaker when he was in high school. He used video competitions as a way to earn money to

help support his family and to save for college. In 2013, Jack’s video was selected as Norway Savings Bank’s, Lights Camera Save! winning video, which earned him a $250 college scholarship. Another one of Jack’s videos was selected for a national commercial. Jack is now in his final semester at Southern Maine Community College, where he majors in Communications & New Media with a focus in Filmmaking. “In five years, I see myself on a film set. As for the location of that set, that is a little trickier to determine. Events like Mayhem (a state-wide Film Festival) make it possible for filmmakers like me to showcase our work and rally around the local filmmaking community,” revealed Jack. 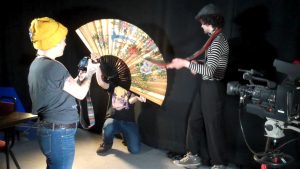 At 16, Jack landed an internship at the local television station where he produced a six-episode sketch comedy series. In his senior year, he took a college class on Alfred Hitchcock, who became an inspiration for Jack’s upcoming film Off The Tracks. As someone who has always struggled with decision making, being a film director has taught Jack how to confront decision making in a creative way and one that others can enjoy.

Off The Tracks is a short comedy about a model train enthusiast who has been selected for jury duty and becomes the target of the felon on trial. Though the film is about a convicted felon who wants revenge, the goal for Off The Tracks is to make the audience laugh.  It took time and several people to make the film -a crew of twelve individuals, more than twenty actors, several local musicians, a seamstress and many others. “Casting was definitely the most challenging part of production for me. It is essential to cast everyone from your lead to your extras with meticulous attention,” stated Gentempo.

Off The Tracks premiers at the Maine Mayhem Film Festival on Wednesday, May 9th at Nickelodeon Cinemas in Portland at 5:30 PM  & 8:30 PM. To purchase tickets to this showing visit http://ow.ly/x3Rr30jSphT.

Additional showings of Off The Tracks and the other Mayhem films: 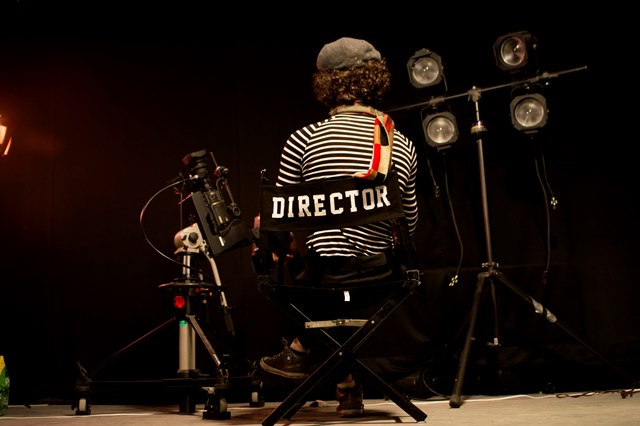 Norway Savings Bank is a proud sponsor of Off The Tracks.