It was another picture perfect start for day 5 of Bike Maine. The temperatures started around 55 and by the end of the ride temps reached 85. It looks like more of the same weather for Friday. No complaints from me!

We had the pleasure of riding in the White Mountain National Forest today. This included climbing to the top of Evans Notch and then rapidly descending on the other side. We rode for several miles in New Hampshire and stopped at the Appalachian Mountain Club’s Cold River Camp in Chatham NH for our first rest stop. 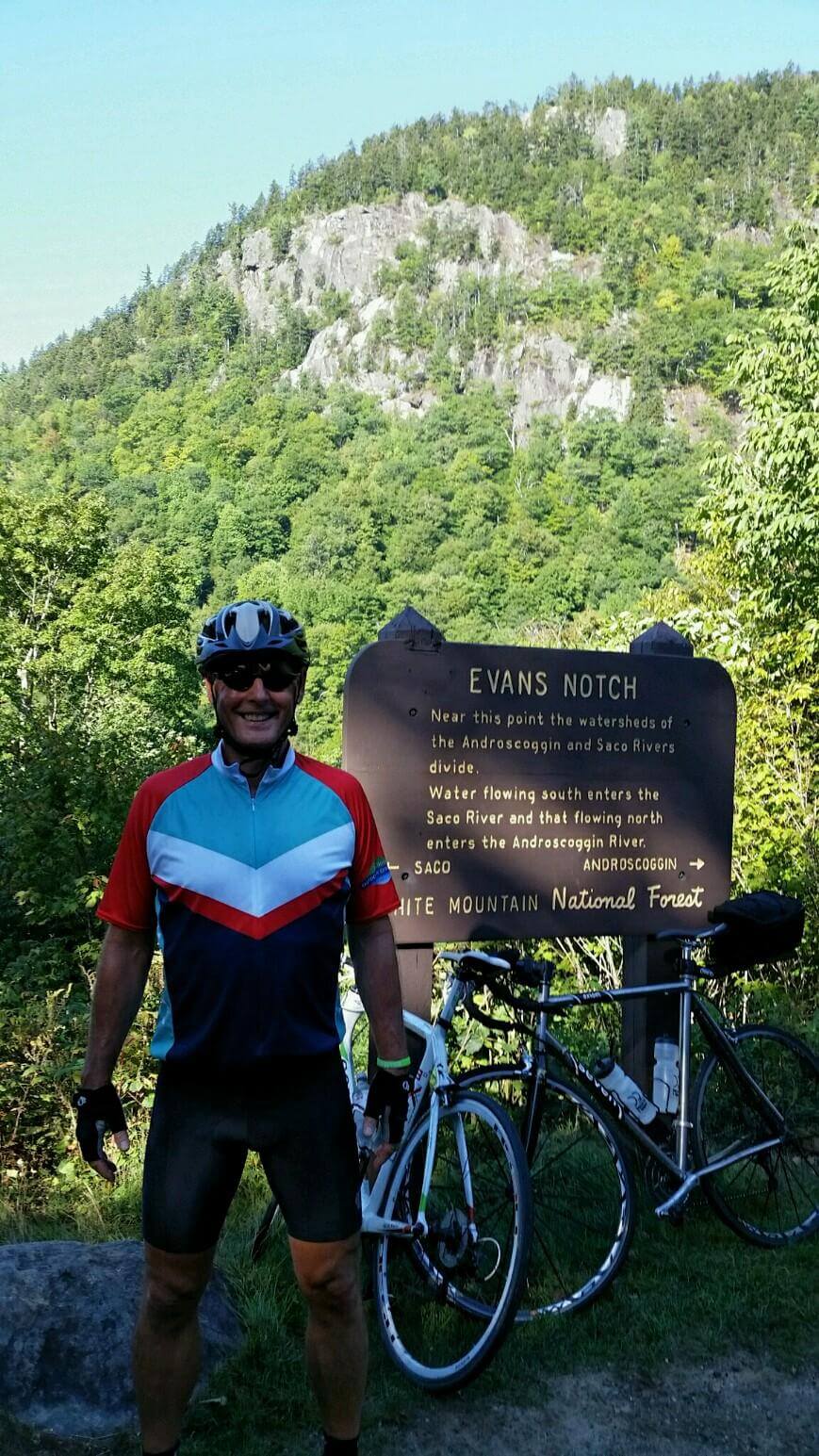 The next 20 miles were relatively flat and took us to Weston’s Farm in Fryeburg for lunch. Many of the riders were raving that the lunch at Weston’s was the best meal so far on the ride. We had the following options: chicken corn chowder, veggie corn chowder, roasted vegetable kebabs, watermelon salad with cucumbers, feta and mint, corn bread and brownies. The chowder was unbelievable and the farm was just as remarkable. 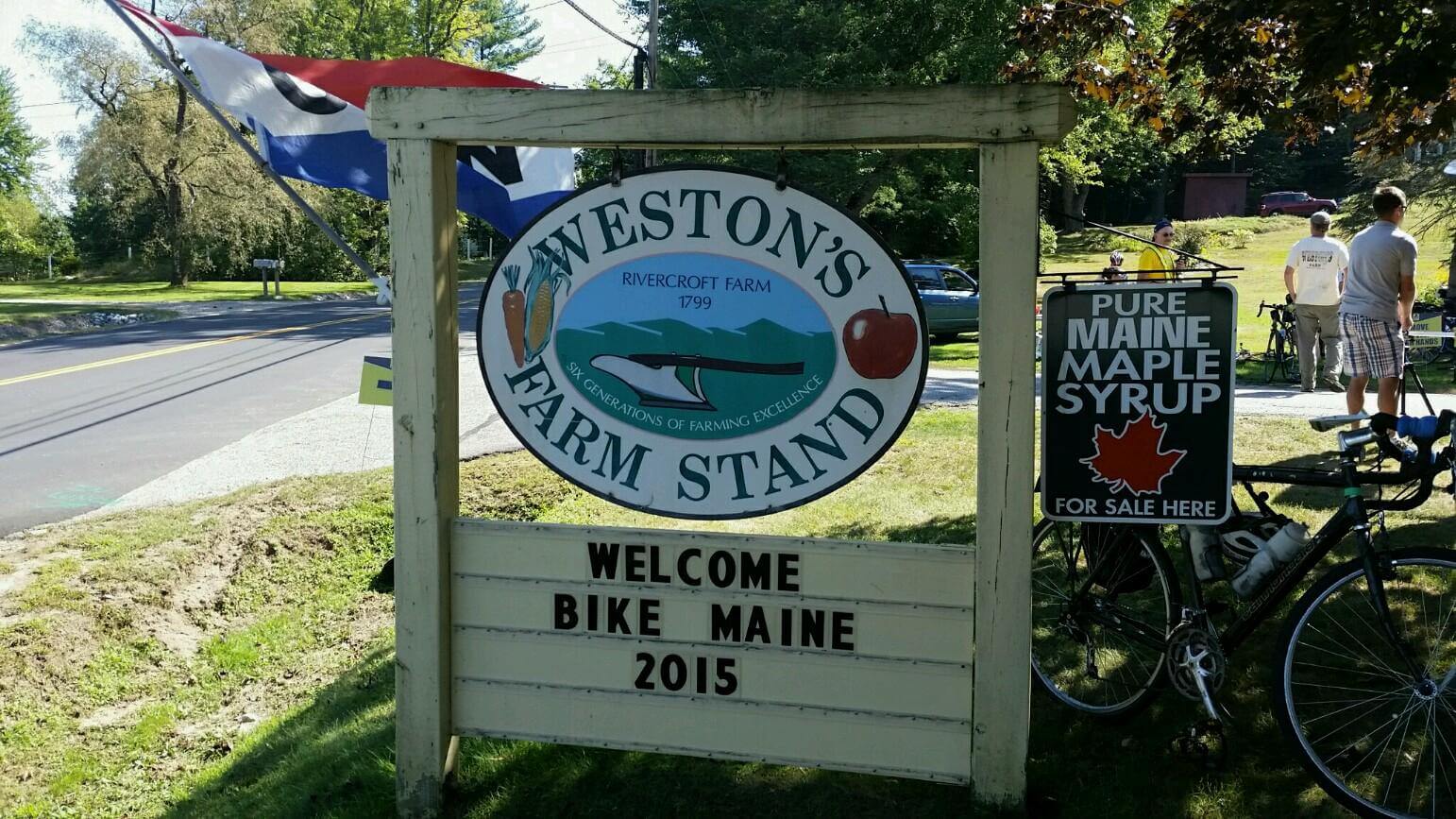 After lunch I stopped at the Fryeburg branch to say hello and get a picture with the team. 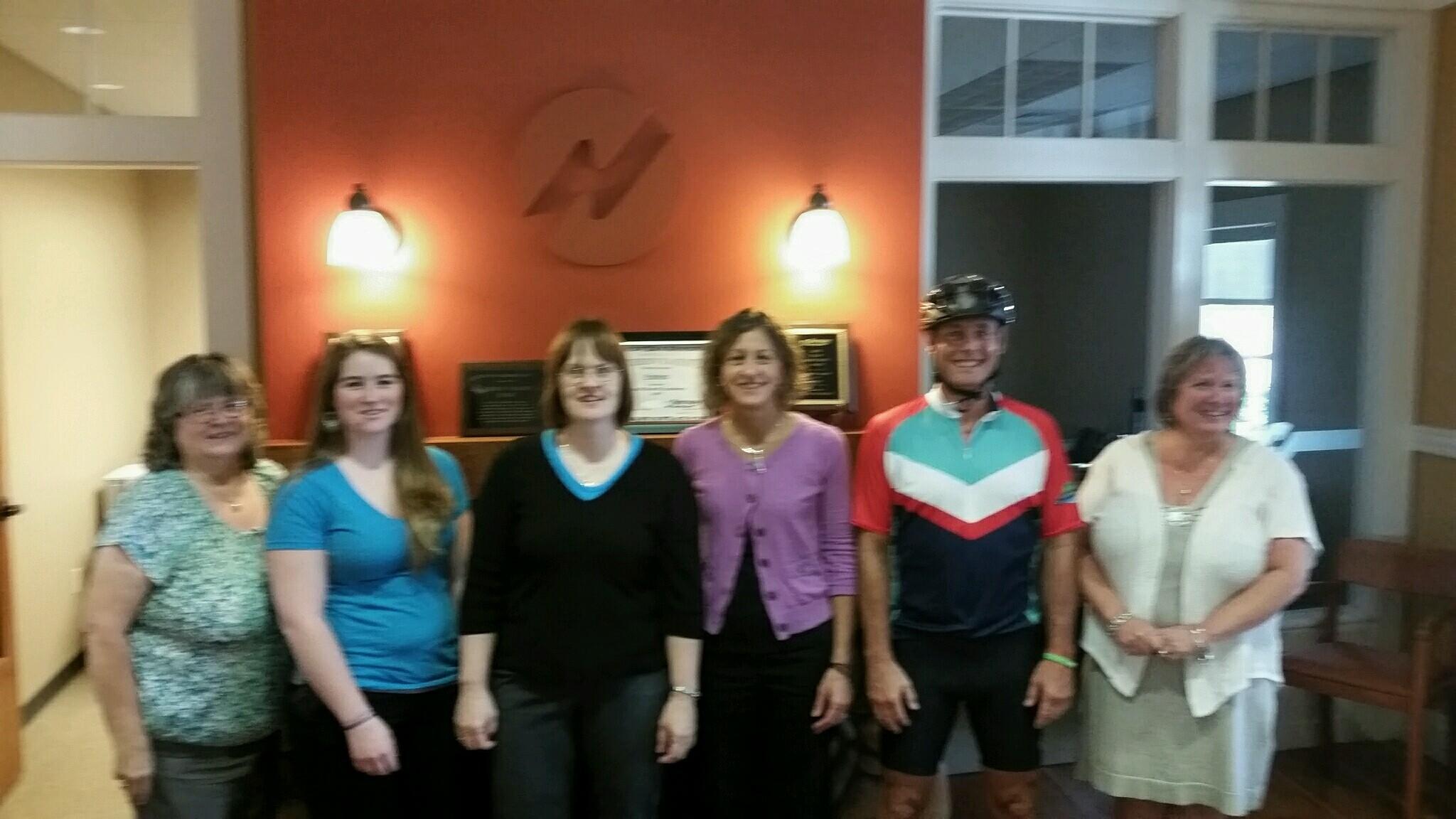 The last stop before the end of the ride was at C. A. Snow Elementary School where we were met with cheers from several of the classes and then the 3rdgraders asked each of us questions about ourselves and biking.

At the end of the ride I arrived at Camp Tapawingo in Sweden. I set up my tent and went for a refreshing swim in Keyes Pond. I also had the chance to visit with Fran Adams, a recent retiree from NSB. Fran was volunteering at the information booth and also works at Camp Tapawingo. 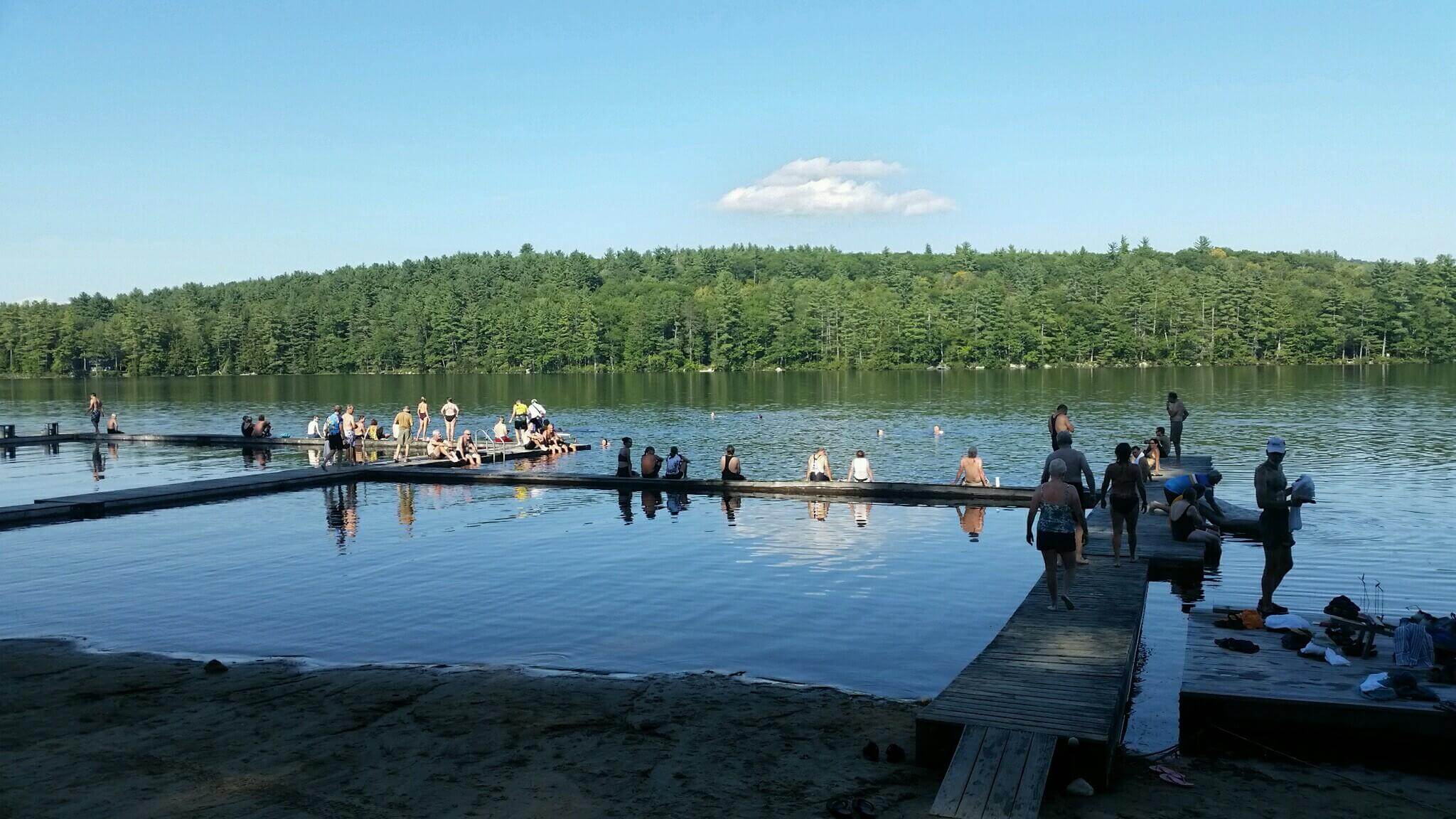 Dinner included meat or veggie lasagna and was followed by entertainment by the Lonely Heartstrings Band. Tomorrow we head back to the southern part of the state with as we leave Camp Tapawingo and head back to Kennebunk.